You are here: Home / Archives for Health Concerns / Heart Disease 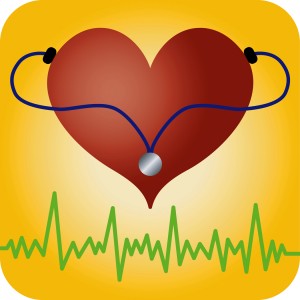 Feb. 13, 2006 – In recent years many women stopped taking hormones for menopause after a report linked them to heart disease. Now researchers have found that estrogen might not be as bad as we thought — especially for younger women.

The new findings suggest a possible estrogen benefit for women in their 50s, but experts say it’s too early to recommend hormones to help the heart.

My recommendation: Talk with your health care provider, weigh all the pro’s and con’s and then make a careful decision based on your individual preferences, risk and health status.

If you’re a woman, you may not believe you’re as vulnerable to a heart attack as menâ€“but you are. Women account for nearly half of all heart attack deaths. Heart disease is the number one killer of both women and men.

There are differences in how women and men respond to a heart attack. Women are less likely than men to believe they’re having a heart attack and more likely to delay in seeking emergency treatment.

Further, women tend to be about 10 years older than men when they have a heart attack. They are more likely to have other conditions, such as diabetes, high blood pressure, and congestive heart failureâ€“making it all the more vital that they get proper treatment fast.

Women should learn the heart attack warning signs. These are:

As with men, women’s most common heart attack symptom is chest pain or discomfort. But women are somewhat more likely than men to experience some of the other common symptoms, particularly shortness of breath, nausea/vomiting, and back or jaw pain.

If you feel heart attack symptoms, do not delay. Remember, minutes matter! Do not wait for more than a few minutesâ€“5 minutes at mostâ€“to call 9-1-1. Your family will benefit most if you seek fast treatment.
(Courtesy of National Institute of Health)

Well the study may not have panned out as it was anticipated, however, it does lead one to believe that we really need to start eating better at a younger age.

This is not to say that 50 is too late to start though. As always, take every study with a grain of salt.

Today, the Journal of the American Medical Association reports that an eight-year clinical trial of 48,800 U.S. women aged 50 and up indicates either that a good diet is overrated, or that midlife is too late to begin it.

The journal sums it up bluntly: “A diet low in fat, but high in fruit, vegetables and grains, does not significantly reduce the risk of breast cancer, colorectal cancer or cardiovascular disease in postmenopausal women.”

Breast and colon cancer are two of the three most common cancers in North American women (along with lung cancer).

For decades, doctors have urged women to eat a healthier diet as a defence against these diseases, as well as to lower their blood pressure and cholesterol, and prevent heart disease and stroke.

The high-fibre, low-fat diet is still a good idea, some of the researchers conclude — but if so, then tweaking a diet at age 50 is too little, too late, to change a woman’s future health.

You can read the rest of it here

There has been talk for years that lower caloric intake increases logevity. Recently, the results of the first study done on people who have consummered 1400-2000 calories per day have showning this may be true.

For many people today, eating less than 2000 calories seems like it’s a starvation diet, however, it seems to me that it’s more than enough.

You can read the article in: Study: Low-calorie diet keeps heart young

Can be viewed here http://circ.ahajournals.org/rapidaccess.shtml

It’s divided up into chapters – you can just look at the areas that you need. For example, Chapter 4 is Adult Basic Life Support.

Include antioxidants in your daily food intake as well as in your nutritional supplements. They protect your body from the effects of free radicals which accelerate aging through oxidation (you can see oxidation in action when you watch a cut apple turn brown).

Some of the best food sources for antioxidants are berries, walnuts, sunflower seeds, pomegranate, ginger and selected vegetables.

Barbara C. Phillips, NP
OlderWiserWomenâ„¢
Coming Soon: “Acting Your Age: A Guide for Women Who Refuse to Go Over -the-Hill!”